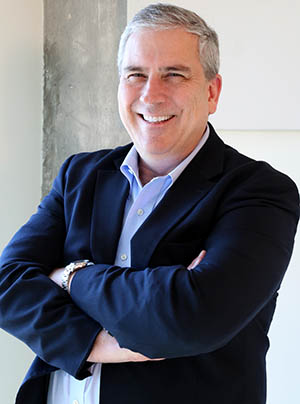 I am a technology CEO, most recently President and COO of AutoLoop, a fast-growing disrupter in the automotive tech space which we merged with Affinitiv.

Currently, I’m an Entrepreneur in Residence at SRI International and an advisor to wide range of companies, including IHS Markit, Prevasio, SavvyCard, BlockSpaces, TransientX and SixEngines.

Previously, I was the president of the security business unit for Teamviewer/GFI Software, subsequent to the acquisition of Sunbelt Software in 2010, where I was its CEO for eight years. Sunbelt Software was a leading provider of security software for the Windows market, best known for its VIPRE Antivirus product. While at Sunbelt, I profitably grew the company to $50 million in revenue — over 350% on an organic basis, providing our investors with a 135% internal rate of return.

For many years, I have been active in the cyber security area and wrote a blog for many years, Sunbelt Blog, which was one of the first security blogs on many of the early battles with malware, exploits and vulnerabilities.  I speak on security issues fairly often, and have been interviewed for national publications, radio and television, including appearances on Good Morning America and CBC Canada. I have also keynoted the VirusBulletin conference and have written a couple of articles for them. In 2006, Google was kind enough to thank a number of security folks and me for work on Google Security; and I also co-founded PIRT, the Phishing Incident and Termination squad, the largest all-volunteer group that performs “takedowns” of phishing sites. I was also deeply involved in getting a very nice lady out of going to prison and subsequently was part of the founding of the JulieGroup, an organization dedicated to seeking fairness in the intersection of law and technology.

Prior to joining Bulldog, I was the executive vice president for Mijenix Corporation, a developer of Windows software, from 1997 to 1999. We achieved over 700% profitable revenue growth in two and a half years, as a fully self-funded effort, leading to the successful sale of the company to Ontrack Data International in 1999. I was responsible for launching several award-winning products, including a PC Week Best of Comdex Winner (1998).

Before Mijenix, I was vice president of worldwide marketing for publicly-traded Quarterdeck Corporation (now part of Symantec) from 1990 to 1997. My prior positions included being the VP and general manager of the Windows Tools business unit, where I managed the company’s core tools business with a $40 million P&L, achieving rapid growth through acquisition, aggressive new product development and product licensing.

From 1988 to 1990, I worked for multimedia software developer Aegis Development (later known as Oxxi). While there, I launched several products, including Showcase F/X, a professional multimedia system for the Macintosh; SpectraColor, a 16-bit paint and animation system; and Animagic, an animation control system.

I started my software career at Borland International in 1987, working in channel management.

I have also served on the board of advisers at startup Cybermedia Corporation, where I advised the company on its initial marketing direction. The company successfully went public in 1996 and was acquired by Network Associates in 1998. I am also a past member of the board of directors for VitalStream, Inc.

I like writing, and I’ve written one book and edited another.

Due to being part of a large expat family, I had a peripatetic childhood and hence an eclectic educational background. I attended Ecole Bilingue in Paris, Bjorns International School in Copenhagen, Hollywood Professional School in Los Angeles, and was one of the first students at SOCES, one of the early progressive magnet schools in Los Angeles. Originally trained as a classical musician, I studied piano at the Feninger/Brooks Studio and baroque classical music at the Early Music Institute, both in Los Angeles and since, I’ve been involved in electronic composition. I also studied chemistry at the California Institute of Technology as a teenager and later attended Eckerd College, studying for a major in Business Management; and I am a graduate of the Accelerated Management Program at Yale School of Management.

I was born in Paris, France to American parents and live with my wife and four children in the Tampa Bay area of Florida.

I am best contacted by email.